Skip to Main Content?
Let's get this experience started
Sign up is super easy. Let's start by filling out this form.
Register With Email Register With Facebook Register With Google Register With Github
Already a member? Log In
Log In With Email Log In With Facebook Log In With Google Log In With Github
Create an Account
Enrollment Options
Enroll In Course
Additional Information Required
enroll
You can also start immediately after joining!
This exclusive course is part of the program:
The Basics of Teaching Artistry
Join Program
Go at your own pace
4 Sessions / 10 hours of work per session
Price
Program ($390 USD)
Certificate
Included w/ premium membership ($20/month)
Program
The Basics of Teaching Artistry
Skill Level
Beginner
Video Transcripts
English
Topics
Teaching Artistry, Community Groups, Community Artists

The Places of Teaching Artistry

The Sydney Opera House specialises in long term teaching artist projects with a particular focus on exploring creativity in education. The physical building of the Sydney Opera House is at the heart of all projects. This course will focus on place as an enabling driver of developing creative projects, and complement the skills learnt in the first three courses.

Teaching artists work with communities based in all kinds of physical places and spaces. In this course students explore how architecture, location and environment can be used by teaching artists as a springboard for shaping purpose, and developing projects. By provoking new ways of seeing location through play, experimentation and questioning, place can inspire teaching artists to bring personal and political lenses to activate the artistry of others in situated, relevant and unexpected ways.

Session 1: The Physical space (August 11, 2020)
This first session is an examination of places from a macro perspective as a catalyst for teaching artistry. Students examine the boundaries of place; including the physical, legal and emotional boundaries. They begin to see how places can be used to create and present art within a teaching artist context. This session asks students to consider their personal responses to particular places and question how this colours their interpretations and ongoing conceptions of their places of work.
5 lessons
1. Course Overview
2. Acknowledgment of Country by Rhoda Roberts
3. Introduction by Lilly Blue and Frank Newman
4. Ripping & Tearing
5. Art Making Exercise: Ripping and Tearing
Session 2: Nooks and Crannies (August 18, 2020)
This session zooms in to investigate smaller spaces and the ways architecture, furnishings and often overlooked corners have the potential to provoke new ideas and ways of working. Students are asked to examine the many nooks and crannies found in their local workplaces as potential galleries or performance spaces . They intentionally work with, and in response to these spaces to generate workshops and exercises that lead to art making with groups.
7 lessons
1. Introduction
2. Glen Hansard - Stay the Road
3. Staging in Unexpected Places
4. Nooks and Crannies
5. Meaning, Narrative, and Aesthetic Choices
6. Art Making Exercise: Nooks and Crannies
7. Site Specificity
Session 3: The Materials of Place (August 25, 2020)
This session moves into a granular analysis of place as a means to activate teaching artistry. This session overviews how the physical materials, textures and details of a specific location can be explored as a way to devise new theatre, writing and visual art. Students explore how building materials, (the surfaces and design) are starting points for teaching artistry practice.
2 lessons
1. The Materials of Place
2. Materiality
Session 4: Places and People in Time (September 1, 2020)
Place denotes time as much as space. Places have histories. By understanding place in time and over time (past, present and future) teaching artists can develop skills to use the histories and stories of place to consider changed contexts and renewed understandings of place.
5 lessons
1. Introduction
2. Time is Vertical
3. Art Making Exercise - Time in Vertical
4. Art Making Exercise - Time in Vertical Cont.
5. BONUS MATERIAL: Access Expo Changed Circumstances: Revision to Applications Required
Read More Read Less
Reviews
Learning Outcomes 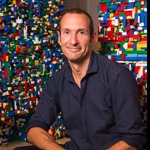 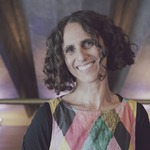 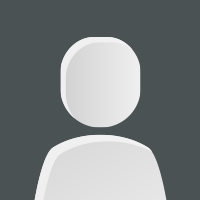 — Credit Eligible — Micro-course
— Credit Eligible
Back To Top
Certificates
Whenever you complete a course as a premium member, you can earn a verified Certificate of Accomplishment .
This course is also part of the Program: The Basics of Teaching Artistry, and you'll earn a verified Specialist Certificate after successfully completing the Program.
These certificates are shareable proof that you completed an online course and are a great way to help you land that new job or promotion, apply to college, or simply share your achievements with the world.
Learn More
Programs
This course is part of the program: The Basics of Teaching Artistry. Programs unlock exclusive content (courses) that helps you develop a deep understanding of your subject.
From your first course to your final summative assessment, our thoughtfully curated Program curriculum enables you to demonstrate your newly acquired skills are especially suited for those looking to advance their careers, prepare for their studies, or become an expert in a given subject.
Learn More