In this course we begin to explore the exciting world of algorithmic and computer-assisted composition using Python. Our home base for these explorations will be the newly developed framework called SCAMP (Suite for Computer-Assisted Music in Python). SCAMP has been designed both for creating acoustic, notated music and for communicating with digital audio workstations and sound synthesis languages like SuperCollider and Max/MSP, so the possibilities are endless!

During this first microcourse, we will acquaint ourselves with the SCAMP framework, and with some fundamentals of Python programming (e.g. working with variables, while loops, for loops), with an emphasis on exploring the potential of each concept for musical creation. So if you’re brand new to Python—or even to computer programming—you will have an opportunity to learn the basics. On the other hand, if you do have programming experience, this will be an opportunity to focus on the musical potential of Python, and of the SCAMP framework.

Session 1: Module 1 Welcome (January 26, 2022)
Welcome to the course and setup.
1 lessons
1. Welcome and Introduction
Session 2: Taking your first steps in Python (February 2, 2022)
In this session, we learn how to write our first lines of code in Python, learn about the interpreter, and write a short script.
5 lessons
1. Using the interpreter as a calculator
2. Working with variables
3. Statements and expressions
4. Other variable types
5. Writing scripts
Session 3: Module 2 Exploring musical scripts (February 9, 2022)
Welcome to Module 2, in which we explore a couple of musical scripts and then create our own beat!
1 lessons
1. Module 2 Introduction
Session 4: Making some music (February 16, 2022)
In this session, we learn how to play notes using the SCAMP libraries, and familiarize ourselves with the syntax of calling functions, working with objects, and writing "while" loops in Python. Then we put it together to create some looping beats!
11 lessons
1. Calling functions in Python
2. Creating and using objects in Python
3. Setting up a Session and an instrument
4. Playing some notes
5. Using a different soundfont
6. Looping forever
7. The "wait" function and "blocking=False"
8. Using a counter variable
9. Tempo changes and nested loops
10. Recording the result to a file
11. Important note
Session 5: Module 3 Introduction to loops & sequences (February 23, 2022)
Welcome to Module 3, in which we learn about for loops and melodic sequences!
1 lessons
1. Module 3 Introduction
Session 6: Creating melodies and sequences (March 2, 2022)
In this session, we learn about "for" loops, "if" statements, and the modulo operator, and use these new tools to create melodies and musical sequences.
8 lessons
1. The for/range loop
2. For/range loops with a skip
3. Looping through a list
4. Playing multiple notes inside a for loop
5. Nesting for loops
6. If statements
7. The modulo operator
8. Conditional tests
Session 7: Module 4 Putting it all together (March 9, 2022)
In this module we'll put together everything we've done so far.
1 lessons
1. Module 4 introduction
Session 8: Functions and forking (March 16, 2022)
In this session we learn how to create our own functions and fork them so that they happen at the same time.
7 lessons
1. Defining your own function
2. Substituting an expression for a number
3. Defining function arguments
4. Forking functions
5. Parentheses and forking
6. Different approaches to forking
7. Using multiple soundfonts
Session 9: Congratulations! (March 23, 2022)
Congratulations on finishing Computer-Assisted Music in Python. Tell your friends! (And please complete the attached survey to give us feedback on the course!)
1 lessons
1. Outro.mov
Read More Read Less
Learning Outcomes 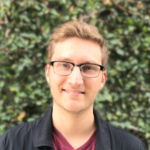 Marc Evanstein
instructor
Marc Evanstein is a composer currently residing in the Portland area. His music has been featured at festivals in the US and internationally, including the Seoul International Computer Music Festival, the International Computer Music Festival, the Atlantic Music Festival, and the Bowdoin International Music Festival, where he won the Composition Contest in 2015. He has collaborated with artists such as Aperture Duo, Ignition Duo, Hocket Duo, Formalist Quartet and LA Percussion Quartet.
A musician and composer since a young age, he pursued his undergraduate degree at Stanford University, where he studied composition with Jarosław Kapuściński and piano with Thomas Schultz. Following up on his interest in computers and interactivity, he then continued on at Stanford with a master's degree in Music, Science and Technology. More recently, Marc was the recipient of a Chancellor's fellowship at UC Santa Barbara, where he completed a PhD in composition and a master's in Media Arts and Technology, studying composition with Profs. Clarence Barlow, Joel Feigin, and Curtis Roads, as well as piano with Dr. Charles Asche.
View More View Less
What You Need to Take This Course

All you really need to take this course is a Mac, Windows, or Linux computer on which to install Thonny, a simple Python editor, and the SCAMP framework (see http://scamp.marcevanstein.com/narrative/easy_setup.html). Note that the software cannot be installed on a Chromebook or a tablet.

— Credit Eligible — Micro-course
— Credit Eligible
Back To Top
Certificates
Whenever you complete a course as a premium member, you can earn a verified Certificate of Accomplishment .
These certificates are shareable proof that you completed an online course and are a great way to help you land that new job or promotion, apply to college, or simply share your achievements with the world.
Learn More
Micro-courses
This course is a Micro-course. Taught by industry professionals and thought leaders, Micro-courses are shorter, bite-sized courses that bring you up to speed in the hottest topics.
Learn More