Skip to Main Content?
Let's get this experience started
Sign up is super easy. Let's start by filling out this form.
Register With Email Register With Facebook Register With Google Register With Github
Already a member? Log In
Log In With Email Log In With Facebook Log In With Google Log In With Github
Create an Account
Enrollment Options
Enroll In Course
Additional Information Required
enroll
You can also start immediately after joining!
This exclusive course is part of the program:
The Complete Typographer
Coming Soon
Go at your own pace
4 Sessions / 6 hours of work per session
Price
Program ($900 USD)
Certificate
Included w/ premium membership ($20/month)
Skill Level
Intermediate
Video Transcripts
English
Topics
Art, Typography, Typesetting, Graphic Design

Typography in Graphic Design covers the role of typefaces as cultural artifacts and how the influences and concerns of the day are reflected in type vernaculars. Very fine detail on font characteristics will also be explored (stroke widths, x-heights, serif qualities, etc.) and how these affect usage and emotional impact. Choosing the right typeface for a project and mixing typefaces in a design will be explained in depth.

This course is in adaptive mode and starts Feb 20, 2018. Learn more about adaptive courses here.

Session 1: Adapting the Typographic Vernacular
This session begins with a type tour of lower Manhattan, where we'll get a glimpse of the role of lettering in the history of the city. This discussion will continue in Tobias Frere Jones' Brooklyn studio, where Tobias will share some special items from his collection of type specimens and other type artifacts. We'll discuss the historical intersection of type and technology and the importance of a strong foundation in type history for contemporary designers.
12 lessons
1. Type Tour of Lower Manhattan
2. Type as City History
3. Hand-Lettering & Sign-Painting
4. Sign Painters' Alphabets
5. Sign Painters' Resources
6. Gold Leaf & Decals
7. Metal & Wood
8. Cement
9. Glass & Beyond
10. Informed by History
11. From Historical to Contemporary
12. Assignment: Lettering in Your Public Spaces
Session 2: Don't Be Afraid of Type
In this session we'll begin by reviewing the main typeface styles and discussing their strengths and weaknesses in various applications. We'll also talk with typeface designer and Creative Director Stéphane Elbaz about why we look to history in order to make design decisions today, why typeface designers still find the need to revive classical typefaces and how he, as a Creative Director, chooses the right typeface for his projects.
12 lessons
1. Introduction
2. The Humanists: Venetians
3. The Humanists: Garaldes
4. The Humanists: Glyphic
5. Transitionals
6. The Moderns
7. Slab Serifs
8. Sans Serifs: Humanist & Transitional
9. Sans Serifs: American Gothic & Geometric
10. Conclusion
11. Assignment: Learning How to Look
12. A Conversation with Stéphane Elbaz
Session 3: Nuances of Typography in Use
In today’s session, we are going to take it one step forward, and instead of looking at typefaces as objects and abstract shapes, we are going to start looking at type in the context of words, sentences, and paragraphs and dealing with composition. And seeing how the shape of a letterform, its width and weight, or spacing between letters or words can be used as important design tools. We will also be hearing from designers Jessica Svendsen and Zipeng Zhu on how they adapt the typographic vernacular and how the world around them influences their work.
13 lessons
1. Introduction
2. Expressive Typography
3. Typeface Families
4. Width & Scale
5. Alignment & Spacing
6. Distortion & Customization
7. Creating a Postcard in InDesign
8. Creating a Feature Opener in InDesign
9. Creating a Badge in InDesign
10. Conclusion
11. Assignment: Word Cards
12. A Conversation with Jessica Svendsen
13. A Conversation with Zipeng Zhu
Session 4: How to Combine Typefaces
It’s time to start putting it all together. So far you have learned how to navigate the options of typefaces available to you, how to consider and select typefaces for your project and how to compose with them. Today we will talk about working with multiple typefaces. In this session we will also be talking with Kevin Brainard, partner at Areas of Practice, a design firm in New York, and Raul Aguila, an Art Director at Esquire Magazine.
10 lessons
1. Introduction
2. Combining Typefaces
3. Typographic Hierarchy
4. Case Study: Real Simple Magazine Redesign
5. Case Study: Typefaces and Grids
6. Case Study: Colors
7. Conclusion
8. Assignment: Six-Word Memoir
9. A Conversation with Kevin Brainard
10. A Conversation with Raul Aguila
Read More Read Less
Reviews
Learning Outcomes

Type, Culture, and History
• Ability to explore the diversity of type in public spaces and type's role in the history of those spaces. • Ability to review the history and development of the main typeface classifications.
Working with Type
Designing with Type
• Understanding of the use of hierarchy and layout for combining different typefaces with images and other visual assets.
Instructors & Guests 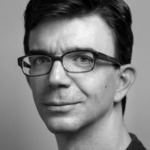 Over 25 years, Tobias Frere-Jones has established himself as one of the world’s leading typeface designers, creating some of the most widely used typefaces, including Interstate, Poynter Oldstyle, Whitney, Gotham, Surveyor, Tungsten and Retina.

Tobias received a BFA in Graphic Design from the Rhode Island School of Design in 1992. He joined the faculty of the Yale University School of Art in 1996 and has lectured throughout the United States, Europe and Australia. His work is in the permanent collections of the Victoria & Albert Museum in London and the Museum of Modern Art in New York. In 2006, The Royal Academy of Visual Arts in The Hague (KABK) awarded him the Gerrit Noordzij Prijs, for his contributions to typographic design, writing and education. In 2013 he received the AIGA Medal, in recognition of exceptional achievements in the field of design. 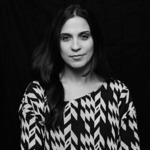 Lover of all things related to design, Claudia left her home in the south of Brazil at age 18 to study design at the School of Visual Arts in New York City.

Inspired by her instructors at SVA, Claudia went on to teach there; and she continues to educate designers-in-training through type classes at California College of the Arts in San Francisco. She is also the education co-chair for the San Francisco chapter of AIGA.

In 2014, Claudia launched o Banquinho with the redesign of Real Simple magazine. Now she spends her time working on projects she loves; jetting between San Francisco, New York City, Seattle and anywhere great projects take her. 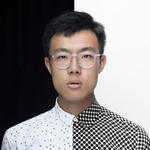 ZIPENG ZHU is an art director, designer, animator & illustrator in New York City who wants to make everyday a RAZZLE-DAZZLE musical. Before he ate cheese & spoke English, he was eating rice & speaking Mandarin & Cantonese in China. 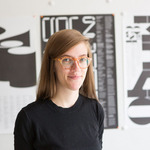 Jessica Svendsen is a designer working in identity, editorial design, and illustration. She previously worked as a designer at Pentagram in New York for partner Michael Bierut and at Apple on the global communications team. Jessica teaches design as adjunct faculty at Parsons The New School and the Pratt Institute. She has been a guest critic at the California College of the Arts and the School of Visual Arts, and lectured at the AIGA, MICA, and the Type Directors Club. She received a MFA in Graphic Design from the Yale School of Art and a BA in English Literature from Yale University.

— Credit Eligible — Micro-course
— Credit Eligible
Back To Top
Certificates
Whenever you complete a course as a premium member, you can earn a verified Certificate of Accomplishment .
This course is also part of the Program: The Complete Typographer, and you'll earn a verified Specialist Certificate after successfully completing the Program.
These certificates are shareable proof that you completed an online course and are a great way to help you land that new job or promotion, apply to college, or simply share your achievements with the world.
Learn More
Programs
This course is part of the program: The Complete Typographer. Programs unlock exclusive content (courses) that helps you develop a deep understanding of your subject.
From your first course to your final summative assessment, our thoughtfully curated Program curriculum enables you to demonstrate your newly acquired skills are especially suited for those looking to advance their careers, prepare for their studies, or become an expert in a given subject.
Learn More