The piano remains one of the great achievements of musical instrument design and has long served as a primary creative tool for musicians worldwide. In this course, we will look at how the piano’s design touches on a range of diverse topics, like: where musical scales come from and how the piano’s design impacts creativity; the expressive relationship between various keyboard instrument designs; the extraordinary range of color that emerges when we listen closely to how various intervals can be tuned, and in turn the choices we need to make when tuning a keyboard instrument. We will also consider how the piano can be reinvented, both acoustically and digitally. This will include study of the prepared piano, the autonomous piano, and the digital piano, as well as Trueman’s own prepared digital piano, which itself raises a host of questions regarding rhythm, meter and groove, music perception, adaptive digital systems, and the creative process.

This is not a history course, but it is course that uses the piano to bring together a range of subjects that are often ignored or under developed in traditional music curricula. Nor is it a composition course, but students will be asked to create in a variety of ways, and it should be of use to both experienced and aspiring composers, not to mention pianists. We will engage with a range of music, going back to Frescobaldi, Scarlatti, J.S. Bach and his son C.P.E. Bach, through Schubert, all the way to more recent composers like Conlon Nancarrow, György Ligeti, and John Cage. And finally this is in part an “artist practicum” course, focusing on the creative process and how composers today might invent, and reinvent, instruments to create new work; some of Trueman’s own work, including the Nostalgic Synchronic Etudes for prepared digital piano, will come in to play.

Verify Your Achievements
Whenever you complete a course as a premium member, you can earn a verified Statement of Accomplishment. These statements are proof that you completed an online course on our platform.

Easily Shareable
Using its unique link, you can share your statement with everyone from future employers and schools, to friends, family, and colleagues. It's the perfect tool to help you land that new job or promotion, apply to college, or simply share your achievements with the world. 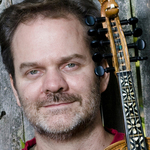 Dan Trueman is a composer, fiddler, and electronic musician. He began studying violin at the age of 4, and decades later, after a chance encounter, fell in love with the Norwegian Hardanger fiddle, an instrument and tradition that has deeply affected all of his work, whether as a fiddler, a composer, or musical explorer. For over a decade, Dan has taught the year-long 16th- and 18th-century counterpoint sequence at Princeton, where he is a professor of music composition. He works with graduate students in Princeton's renowned composition program on their creative and academic work through seminars on various topics, composition mentoring, and dissertation advising, and he is also Director of the Princeton Sound Kitchen concert series, the primary venue for composers in the department to workshop and share their work. Dan co-founded the Princeton Laptop Orchestra (PLOrk) in 2005 with Princeton Computer Science professor Perry Cook, which has served as a model for rethinking how to teach music technology over the last decade. Dan works with some of the world’s pre-eminent musicians and ensembles, and his music has been heard around the world; his 10th CD, The Nostalgic Synchronic Etudes, was released by New Amsterdam Records in the Fall of 2015. 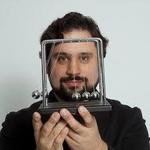 Adam Sliwinski has built a dynamic career of creative collaboration as percussionist, pianist, conductor, teacher, and writer. He specializes in bringing composers, performers, and other artists together to create exciting new work. A member of the ensemble So Percussion (proclaimed as “brilliant” and “consistently impressive” by the New York Times) since 2002, Adam has performed at venues as diverse as Carnegie Hall, The Bonnaroo Festival, Disney Concert Hall with the LA Philharmonic, and everything in between. So Percussion has also toured extensively around the world, including multiple featured performances at the Barbican Centre in London, and tours to France, Germany, The Netherlands, South America, Australia, and Russia.

Adam is co-director of the So Percussion Summer Institute, an annual intensive course on the campus of Princeton University for college-aged percussionists. He is also co-director of the percussion program at the Bard College Conservatory of Music, and has taught percussion both in masterclass and privately at more than 80 conservatories and universities in the USA and internationally. Along with his colleagues in So Percussion, Adam is Edward T. Cone performer-in-residence at Princeton University. He received his Doctor of Musical Arts and his Masters degrees at Yale with marimba soloist Robert van Sice, and his Bachelors at the Oberlin Conservatory of Music with Michael Rosen. 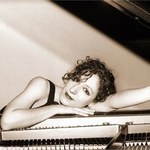 Pianist Cristina Altamura authentically embraces the European piano tradition while still capturing the spirit of a contemporary, multi-ethnic world. In the past year alone, her activities in New York City have ranged from participation in an epic concert by 24 of New York’s finest new music pianists of book one of J.S. Bach’s Well Tempered Clavier at the Spectrum Performance Space, to a New York Times-reviewed collaboration at (Le) Poisson Rouge with her husband Adam Sliwinski and composer Dan Trueman with his innovative “bitKlavier” instrument, to pioneer B-girl Ana “Rokafella” Garcia’s multi-disciplinary breakdance production “Out of the Bachx” at the New Victory Theater. Her solo recitals are designed with this duality of tradition and innovation always in mind.

Cristina’s artistry – which has been described as “rich in abandon and emotional surprises,” (Amici della Musica, Bologna) – stems from a deep connection to her Italian-born parents. Her mother, a master voice teacher, who studied singing during opera’s golden era with Maria Callas’ teacher and at the Verdi Conservatory in Milan, has had a profound influence on her bel canto-informed Chopin interpretations. 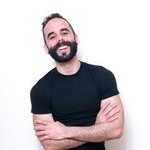 Adam Tendler has been called "an exuberantly expressive pianist" who "vividly displayed his enthusiasm for every phrase" by The Los Angeles Times, an “intrepid...outstanding...maverick pianist” by The New Yorker, a "modern-music evangelist" by Time Out New York, and a pianist who "has managed to get behind and underneath the notes, living inside the music and making poetic sense of it all," by The Baltimore Sun, who continued, "if they gave medals for musical bravery, dexterity and perseverance, Adam Tendler would earn them all." 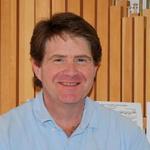 Gavin Black is the Director of the Princeton Early Keyboard Center and is an organist and harpsichordist . Gavin Black is best known for his recordings of seventeenth-century keyboard music on the PGM label. He studied organ and harpsichord with Paul Jordan and Eugene Roan, and conducting with Jahja Ling and Otto-Werner Mueller, and attended Princeton University and Westminster Choir College. He served as Associate University Organist at Princeton from 1977 to1979, while a student there, and was Organist and Senior Choir Director at Hillsborough Reformed Church, Millstone, New Jersey, from 1988 until 1994. He has been a teacher of organ, harpsichord, clavichord and continuo-playing since 1979, teaching from time to time at Westminster Choir College and at the Westminster Conservatory of Music. He currently writes a monthly column on organ and harpsichord teaching for The Diapason.

Gavin Black has also been a founding member of several chamber ensembles, including the Princeton Baroque Ensemble, Whitechapel Baroque, and Channel Crossings. He is currently the continuo player for the ensemble Col Legno.

Knowledge of elements of music: scales, intervals, etc... While compositional experience is not required, a willingness to try is. Similarly, piano skills are not required, though being willing to put one's hands on the keyboard and try things out is!

Please note: Taking part in a Kadenze course as a Premium Member does not affirm that the learner has been enrolled or accepted for enrollment by Princeton University.

— Credit Eligible — Micro-course
— Credit Eligible
Back To Top
Certificates
Whenever you complete a course as a premium member, you can earn a verified Statement of Accomplishment .
These certificates are shareable proof that you completed an online course and are a great way to help you land that new job or promotion, apply to college, or simply share your achievements with the world.
Learn More