Major Mind-Blowing Moments in the History of Western Art

This course introduces students to twenty-four of the greatest mo(nu)ments in the history of Western art, and the forces that shaped the larger history of Western culture. Two dozen key monuments in different media, including visual arts, music and literature, will provide the focus for an evolving and ever more widely ranging discourse concerning the ways in which we define art. We will examine the way art has been (and can be) interpreted and re-interpreted; the infinitely complex relationships between art and the artist and the viewer; and the time and place in which it is made and the time and place in which it is subsequently seen, assessed, and interpreted.

The course begins with an examination of the fifth century BC Parthenon (1) on the Acropolis at Athens, the greatest example of Greek classical architecture and sculpture, followed by a discussion of the Hellenistic sculpture, Laokoön (2), a discussion that expands the notion of classicism and entails thoughtful consideration of the rapport between art and human suffering.

The Roman Pantheon (3), Emperor Hadrian’s temple to the planetary deities, by many scholars identified as the most perfect building in the world, will be the focus of the second session, leading to an examination of the sixth-century AD mosaics at San Vitale in Ravenna (4).

The Early Middle Ages in Europe will focus on the Lindisfarne Gospels (5), while the Sainte Chapelle (6) in Paris will be the conduit for a conversation on the Medieval ecclesiastical interior.

The Renaissance will pit Leonardo’s Last Supper (7) against Titian’s Rape of Europa (8) and Michelangelo’s David (9); Palladio’s Villa Rotonda (10), Caravaggio’s Beheading of Holofernes (11), and Gianlorenzo Bernini’s Cornaro Chapel (12) will extend that discussion into the Baroque period.

Northern art will be discussed in a session that moves from Jan van Eyck’s Ghent Altarpiece (13) to the etchings of Albrecht Durer (14) and the Bathsheba of Rembrandt (15). The complex of absolutist complexes that is the palace of Versailles (16) will be viewed from the perspective of Goya, as introduced by his Self Portrait with Doctor Arrieta (17).

Jacques Louis David’s Oath of the Horatii (17) will be viewed against the backdrop of the ancient regime. Romantic and Realist alternatives to Neoclassicism will be found in the “trialogue” between Thomas Jefferson’s Monticello (18), Gericault’s Raft of the Medusa (19) and Courbet’s Burial at Ornans (20). Monet’s Impression: Sunrise of 1872 (21) is the opening of a session which ends with a comparison of the Eiffel Tower (22) and the Ferris Wheel in Chicago (23).

The last session will consider a work by Jackson Pollock (24) as representative of the Modern notion of the end of the hegemony of traditional representation.

This course is in scheduled mode. Learn more about scheduled courses here. 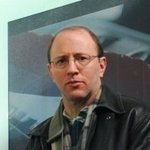 David Nolta
instructor
David Derbin Nolta received a B.A. from The University of Michigan, an M.A. from The University of Chicago, and a Ph.D. from Yale. He has held Kress, Fulbright, and Mellon fellowships, and lectured on Caravaggio at The Metropolitan Museum and the MFA. He has appeared on The Today Show and Dateline discussing Leonardo, and published many articles on the history of European culture. His curatorial work includes Florence and Beyond and, with Ellen Shapiro, Inlands: Photographs by Mimmo Jodice (a “Best of Boston” 2001; catalogue Skira). Nolta has published two novels, Grave Circle and Lostlindens, and his poetry can be found in Imago Dei, Subtropics, Assisi, The Lyric, Rattle, Chelsea Station, etc. Last year, he completed a collaborative textbook with sculptor Charles Stigliano, Spirited Prospect: A Portable History of Western Art from the Paleolithic to the Modern Era (Cognella 2015).
View More View Less
What You Need to Take This Course
Read More Read Less
Additional Information

Please note: Taking part in a Kadenze course as a Premium Member, does not affirm that the student has been enrolled or accepted for enrollment by Massachusetts College of Art and Design.

Students with Disabilities: Students who have documented disabilities and who want to request accommodations should refer to the student help article via the Kadenze support center.  Kadenze is committed to making sure that our site is accessible to everyone. Configure your accessibility settings in your Kadenze Account Settings.