You can also start immediately after joining!
Join Now
Go at your own pace
4 Sessions / 6 hours of work per session
Price
Free

Custom Handlettering, the second installment in The Complete Typographer program, covers unique and beautiful handlettering used across a wide spectrum of design disciplines. The practice involves drawing letterforms already composed into words, rather than creating characters for an entire alphabet and combining them. Generated for specific uses rather than assembled from a kit of parts, handlettering provides infinite variety for type designers. Students will explore ways to build out digital variations on their handlettered characters.

Tools, methods, and techniques for creating expressive lettering using traditional tools and media such as ink, pen, paint, and brush will be demonstrated. Digitizing hand drawn type into vector designs, and combining handwork with digital design within projects will be explored.

What Students Are Saying:

"This is a very interesting course for beginners (true beginner level here). I loved taking it. It was a good way to jump back in lettering after more than 20 years of not touching it. This is really great course if you need an update on [digital] techniques or to gain regularity." 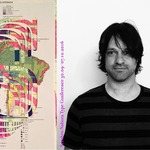 He then started his own studio in Rio before completing a Masters in Type Design at the Royal Academy of Art in The Hague, The Netherlands. Yomar then spent eight years living in The Netherlands and working in type, design and art, in both commercial and educational sectors.

Yomar has also presented commercial and conceptual projects with solo exhibitions in Asia, Europe, North & South America. Yomar also taught Typography for Advertising at the Willem de Kooning Academy in Rotterdam between 2011 and 2012 and at the Bauhaus University in Weimar, Germany. He has also held a number of experimental calligraphy and book art workshops in many countries, including Brazil, United States, Russia, Turkey, China, Denmark, Spain, Portugal, Germany and The Netherlands. In 2011, Yomar was invited to talk at TDC New York and has also been published by TDC Tokyo, Japan.

— Credit Eligible — Micro-course
— Credit Eligible
Back To Top
Certificates
Whenever you complete a course as a premium member, you can earn a verified Certificate of Accomplishment .
This course is also part of the Program: The Complete Typographer, and you'll earn a verified Specialist Certificate after successfully completing the Program.
These certificates are shareable proof that you completed an online course and are a great way to help you land that new job or promotion, apply to college, or simply share your achievements with the world.
Learn More
Programs
This course is part of the program: The Complete Typographer. Programs unlock exclusive content (courses) that helps you develop a deep understanding of your subject.
From your first course to your final summative assessment, our thoughtfully curated Program curriculum enables you to demonstrate your newly acquired skills are especially suited for those looking to advance their careers, prepare for their studies, or become an expert in a given subject.
Learn More