The first course in the Photographer to Video in Today's Gig Economy program, Working with Motion & Time, is a deep dive from photography to videography, and shows you how to think in motion. Many of the core concepts carried over from still photography are the same, but putting your camera and scene in motion opens up a new world of possibilities and demands. You will learn how to add motion where there is none, and to control focus, light and sound. 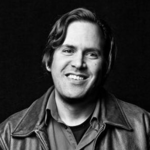 As a Chicago photojournalist, I've been telling stories for the past 22 years, through both stills and motion on thousands of assignments.

Along the way, I've received a Pulitzer Prize, a World Press Photo award and several other accolades, leading HarperCollins to call me "one of the world's leading photojournalists."

Today I have my own business and run a hybrid motion/stills production company that meets the needs of various commercial and editorial clients, who are increasingly asking for both.

I know this transition from photographer to videographer very well, and will share with you what you will need to translate your storytelling into the video realm.

I'm also an adjunct professor with the School of Visual Arts in New York, and have taught multimedia at the Northwestern University Medill Graduate School.

As a public speaker, I've presented my work to sold-out events in Chicago such as Printers Row Lit Fest, Chicago Ideas Week and TEDx Midwest.

I have a personal interest in Cuba, the island of my heritage. Over the past fifteen years I've shot almost a year in the country - including three months as a staff photographer for the Chicago Tribune. I go back a couple times each year.

I live in the Chicago area with my wife, fine art photographer Laura Husar Garcia, two precocious kids who take amazing photographs for their young age and a yellow lab who always wants to get into the picture (especially if there's a cheese stick involved).

You want a camera that shoots high-quality video (1080p minimum). Ideally, that would be a professional camera that has the capability to plug in an external microphone (shotgun, hot shoe, or recording device):

Choose any camera brand you feel comfortable with.

There is no specific requirement for video editing software. You can use what works best for your budget or comfort level. Avid and Adobe Premiere Pro are the industry standards but there are a variety of alternatives that can help you achieve your goal.

If a student signs up for the Photographer to Video in Today's Gig Economy program, it is recommended that these courses are taken sequentially.

— Credit Eligible — Micro-course
— Credit Eligible
Back To Top
Certificates
Whenever you complete a course as a premium member, you can earn a verified Certificate of Accomplishment .
This course is also part of the Program: Photographer to Video in Today’s Gig Economy, and you'll earn a verified Specialist Certificate after successfully completing the Program.
These certificates are shareable proof that you completed an online course and are a great way to help you land that new job or promotion, apply to college, or simply share your achievements with the world.
Learn More
Programs
This course is part of the program: Photographer to Video in Today’s Gig Economy. Programs unlock exclusive content (courses) that helps you develop a deep understanding of your subject.
From your first course to your final summative assessment, our thoughtfully curated Program curriculum enables you to demonstrate your newly acquired skills are especially suited for those looking to advance their careers, prepare for their studies, or become an expert in a given subject.
Learn More