In this project-driven course, you will go behind the scenes with John Tejada, learning everything you need to know to complete a song from start to finish. Covering sound design, arranging, mixing, and mastering, Tejada builds on his 25+ years of experience releasing records on renowned electronic music labels such as Kompakt, Pokerflat, Cocoon, Plug Research, Seventh City, Brainfeeder, Defected, and his own Palette Recordings, to help you create the same kind of punchy, expertly-produced mixes he is known for.

With seemingly unlimited options in our modern Digital Audio Workstations (DAWs), the possibilities, while intended to lead to creativity, can often have the opposite effect, making us doubt which path to take when beginning work on and finish a new song.

In this course Tejada simplifies the creative process for you, helping you create an inspiring set of sounds, focusing on what’s important, making your mix translate to different speakers and environments, creating an arrangement, and putting the final polish on your mix.

These are practices and techniques Tejada has been using in his productions for years and now he would like to share them with you.

Create your own signature sounds

Find your voice and create an inspiring set of sounds.

Learn to mix your music so that it translates to different speakers and environments and put the final polish on your mix. 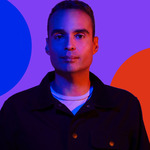 John Tejada is a Vienna-born, Los Angeles-based electronic music composer, DJ, and professor at CalArts. Tejada’s professional output of music began in 1994 and has never let up, including four albums for the revered label Kompakt, plus releases on Pokerflat, Cocoon, Plug Research, Seventh City, Playhouse, Defected, and his own label since 1996, Palette Recordings. Tejada has also been responsible for remixing over 100 songs for acts including The Postal Service, Télépopmusic, The Field, Bomb The Bass, Way Out West, Kevin Saunderson, Darren Emerson, Gui Boratto, Simian Mobile Disco and many others. Tejada’s latest venture as Wajatta is a new musical collaboration with international star Reggie Watts, having released their debut album, Casual High Technology, in 2018 and latest album Don’t Let Get You Down in 2020 on Brainfeeder.

A good understanding of working in Ableton or another DAW is recommended. This course assumes you have familiarity with core production terminology and are already producing your own music but if you are just getting started and the exercises in this course will also push you to grow.

— Credit Eligible — Micro-course
— Credit Eligible
Back To Top
Certificates
Whenever you complete a course as a premium member, you can earn a verified Certificate of Accomplishment .
These certificates are shareable proof that you completed an online course and are a great way to help you land that new job or promotion, apply to college, or simply share your achievements with the world.
Learn More
Micro-courses
This course is a Micro-course. Taught by industry professionals and thought leaders, Micro-courses are shorter, bite-sized courses that bring you up to speed in the hottest topics.
Learn More